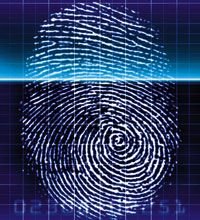 The word forensic comes from Latin (forensis - meaning "before the forum") and refers to something "of, pertaining to, or used in a court of law." In today's day and age, it almost always refers to a method of obtaining criminal evidence for purposes of using in a court of law.

Forensic science is typically just referred to as "forensics" and is the practical application of numerous sciences to solve legal system-related questions, which can include either a civil or criminal action or suit.

Because it is now so closely associated with the criminal scientific field, many dictionaries equate the word "forensics" with "forensic science."

* Forensic Accounting - The acquisition, interpretation and study and of accounting evidence.
* Digital Forensics (also known as Computing Forensics) - The retrieval, reconstruction and interpretation of digital media (i.e. images, PDF's, e-mail messages, etc.) stored on a computer, for use as evidence.
* Forensic Document Examination - The reconstruction, study and interpretation of physical document-related evidence, such as handwriting analysis and printmaking.
* Forensic Economics - The acquisition, study and interpretation of evidence related to economic damage, which includes determination of lost benefits and earnings, business value and profit loss, lost household service value, labor replacement and future medical expense costs, etc.
* Forensic Engineering - The reconstruction, study and interpretation of structural or mechanical failure or in devices, buildings, etc.
* Forensic Linguistics - The study and interpretation of language for use as legal evidence.
* Forensic Origin and Cause- The study, interpretation and identification of a fire for the express purpose of determining the cause of ignition and origin of the fire (i.e. arson cases).
* Forensic Photography - The art-science of reconstructing, interpreting and producing an accurate photographic reproduction of a crime scene for a court's benefit.
* Forensic Psychology and Psychiatry - The study, evaluation and identification of mentally-related illnesses and human behavior for the purpose of obtaining legal evidence.
* Forensic Anthropology is the practice of physical anthropology, as applied to a legal situation- typically the identification and recovery of skeletonized human remains (bones).
* Criminalistics is the application of combination of impression evidence (i.e. fingerprints, impressions left by footwear and tire tracks), trace evidence, controlled substances.
* Criminalistics includes evidence collected from a wide range of sciences to determine the answers of questions relating to the examination and comparison of criminal investigations. This evidence is typically processed in a crime lab.
* Forensic Biology includes performing DNA and serological analysis of bodily (physiological) fluids for the purpose of individualization and identification.
* Forensic Entomology assists in determining time and location of death, by examining how insects relate to human remains, and can often times determine if the body being examined was moved after death.
* Forensic Geology is the application of trace evidence found in soils, minerals and petroleums, as applied to a legal setting.
* Forensic Meteorology is an analysis of prior weather conditions, specific to the site being examined.
* Forensic Odontology is the study of teeth- specifically, the uniqueness of dentition.
* Forensic Pathology combines the diciplines of medicine and pathology, as applied to a egal inquiry, to determine the cause of injury or death.
* Forensic Toxicology is the study, evaluation and identification of the effects of poisons, chemicals, or drugs in and on the human body.

Directly related to forensic science, though not quite the same, is Crime Scene Investigation (CSI).

The primary function of a Crime Scene Investigator is to collect, identify, document, and preserve physical evidence left at the scene of a crime; with the ultimate goal of presenting a court with evidence to identify and apprehend the perpetrator.

CSI combines the knowledge and techniques of several different disciplines, including science, mathematics, logic, and law.

This highly advanced branch of forensic science utilizes a combination of the scientific method and deductive reasoning to discover and document physical evidence at the scene of a crime; in order to construct a re-enactment of the crime performance- as applied to law enforcement and the legal system.

The primary difference between CSI and forensics and is that CSI involves on-site investigation (field forensics) of the physical scene of a crime, whereas standard forensics takes place in a controlled-environment lab setting.

Though is not necessary for a CSI to be a forensic scientist, it is certainly advantageous for the CSI to understand how evidence collected is lab- analyzed. Other titles that describe this exact job function includes-

Forensic science dates as far back as 212 BC, and the earliest account of using fingerprints for the purpose of establishing identity, as far back as the 7th century.

During the Roman Empire, a criminal charged had to plead their case before a group of their public peers.

Both the accuser and the accused would give their side of the story. The individual with the best debate (argumentation and delivery) skills would determine the case's outcome.

The person with the best forensic skills won, much like lawyers and attorney do, today.

The first written account of combining entomology and medicine for acquiring an analyzing criminal evidence to solve cases has been attributed to a Chinese book, written in 1248, by Song Ci which translated in English to "Collected Cases of Injustice Rectified".

In one account, the case of a sickle murder was solved by a forensic science investigator of the time who instructed everyone to bring their sickles to a specific location. Flies gathered on the sickle with the blood, and ultimately the killer confessed and was brought to justice.